The Club is now 69+ years old, having been chartered November 16, 1949.
It is committed to serving our community and our membership is comprised of men and women of all ages and occupations who enjoy the fellowship of shared values and beliefs.

Lions on the Web

About the Morrisburg & District Lions Club in the Community 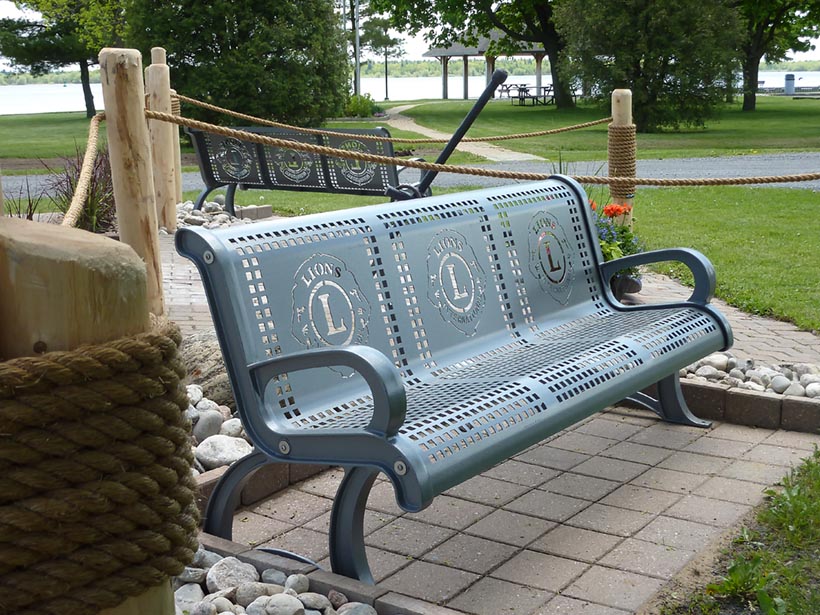 Throughout the years, the Lions Club has undertaken many community celebrations, including Winter Carnival, Applefest, Old Home Week, Antiquefest, Tubie Festival and a “Hole-In-One" Golf Tournament.

The Lions Club operates the Morrisburg Arena Canteen from September to April (when the ice is in). It owns and operates the popular Docksyde Ice-Cream & Snack Bar from the Queen Victoria Birthday weekend to Labour Day. These initiatives provide employment for several students and thus actively contribute to the finances necessary to achieve the education goals of these local teens. In addition, we are an active participant in the annual South Dundas Trade Show.

With a group of Lions specifically dedicated to young families and children in the community, the Club conducts regular vision screening for grade two children in South Dundas. Additionally the Club participates in the Non Child Without (NCW) program that provides Medic Alert bracelets or necklets for children with life threatening diseases. For several years the Club has participated in the South Dundas Christmas Exchange by managing the Angel Tree to ensure children in the community receive age appropriate gifts.

We host a series of annual events such as the Seniors Christmas Concert in partnership with the Iroquois-Matilda Lions Club, assist visually impaired in the community, bi-annual road clean-up and tent rentals. The Club participates in local events such as the annual Pork Festival, Canada Day events, Santa Claus parade. The club also sells Christmas trees each December (with the colaboration of the Morrisburg Canadian Tire store) where all proceeds are donated to the Community Food Share/Dundas and Storemont Counties, we also donated significant funds toward the community splash pad project, curling bonspeil(s) for Williamsburg and Cornwall Hospices', Darts for Cancer, 12 Days Of Christmas raffle, Governor's Bonspiel, we dedicated two (2) memorial trees to the District A4 Memorial Forest project in Navan, our Club aslo hosted a 100th Lions Club Anniversary parade and picknic, in honor of this milestone. We participate in many golf and curling tournaments at other Lions Clubs' in support of their community fundraising projects. Our club also sponsors five (5) bursaries to local high school students.